Rummy has been one of the most enjoyable card games globally for quite a long time. Rummy falls in those categories of games that force you to think and decide on every turn and judge your strategies at every round of the tournament. The re-emergence of Rummy in the online forums happened right during the pandemic when all kinds of games were making a significant shift online.

To play Rummy on these online platforms, players have to get hold of a proper mobile device where you can easily download the app, install the game and enjoy it on the go. Gradually as the number of players on these platforms increased, the developers have incorporated many different variants to the classic game so that the crowd does not get bored with repetitive playing.

In this guide, you can go through the different Rummy variants that fare pretty well with the classic game that people are used to.

This game of Rummy is quite similar to the Deals Rummy game. All the players in the table pool in their money to start the game, which is why it is named. The game is just another version of 13 cards Rummy, which translates that the game’s basic rules are the same. At a single time, at most six players can play this game of Rummy. The game has four high-value cards: Jack, King, Queen, and the Ace. Each of these cards has 10 points attached to them.

Just like other games of Rummy, the cards need to be arranged in sets and sequences to win the game. Pool Rummy demands the winner keep their score at a zero. The fastest player to arrange their cards in a sequence wins the rounds. However, players need to get at least one pure sequence with another impure sequence to win the hand.

Unlike other games of Rummy, this one has a points tally set before the fun begins. If some player crosses those points, they are eliminated from the game. The last person standing at the table is declared the winner.

This Is the most commonly played variant of Rummy in India. This game is a must for all beginners who are making their entry into the world of Rummy. The game offers quick gameplay of one or two games. The points at which a player is eliminated from the game’s table are 80. You can also drop out early before the game, in which case you will be awarded 20 points. The game continues even after the players quit, till the declaration of the final winner. Like the other variants, each card has the same amount of points allotted to its characters. The winner who finally lasts in the game is rewarded the entire cash amount, which is the multiple of the total points amassed by the rivals.

Identical in all techniques from the above two Rummy games, the only thing different about Deals Rummy is that it is played in a fixed number of deals. Chips are distributed in equal numbers to all players in the team, and at the end of each round, the winner is rewarded with all the losing player’s share of chips. All players have to pitch in a sum to make the final pot of winnings, which is the eventual prize for the winner.

The origins of ‘Canasta‘ go back to Spanish roots where the word means a type of ‘basket.’ A total of 4 players can play this game of Rummy. Each player receives a total of 11 cards in a clockwise manner. This game is entertaining and quite different from the other usual rummy games. The prime objective here is to get a combination that contains three or more cards from the same rank in a row. The use of wildcards is not permitted in a game of Canasta. Rest assured, it pretty much applies all other rules of Rummy. A meld containing a base that is a set of four natural cards and amounts to seven cards is called a Canasta, from which the game gets its name.

This Rummy is played with all 52 cards and is the easiest of all the variants. The game is quite popular in the market’s European section, and middle-aged people are addicted to this card game. The game is strictly a two-player game where every player has to make a minimum of three sequences with the ten cards allotted. Once again, the valuation of the cards is similar to other forms of Rummy, and a single Joker is used in the game. However easy it may be, Gin Rummy is played by some of the top professionals, so players must level their game up through practice if they want to engage in live tournaments.

Apart from the above-selected variants of Rummy, numerous other types do not get a mention on the list. However, these are the most popular ones in the market and are engaged by the maximum number of players online and offline. The most loved one in south Asia is the 13-card Rummy which rules over most of the card-playing games in the world. These variants are not that difficult to learn once you understand the basics of the main Rummy game. They have minimal changes in the gameplay, making them quite enjoyable and addictive to the daily Rummy players.

Next post What Is Data Science Used for in Fintech?

Previous Article How the Internet is Helping Startups in Perth

A new perspective on why men love to watch sports more than women.

Most popular mobile games to play in 2022 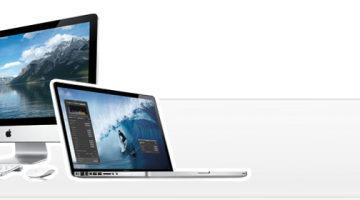 Repairing Your Apple Laptop Yourself