Call of Juarez: The Cartel is a very good game; it has its flaws which make it feel like the game needed some more development time but the core game play mechanics are fun and the blockbuster movie style presentation of the game really draws you in. I wouldn’t want to spoil the game for you by giving away bits of the story, but suffice to say, the game starts off with a bang! An extended cut scene later, you’re presented with three characters to choose from, each a member of a different branch of law enforcement and specializing in certain types of weapons. One thing to note here are that the pistol specialist Ben McCall, and LAPD detective, is actually a direct descendant of Billy Candle from the earlier games. Choosing your character doesn’t majorly affect the game play in anyway, other than providing you with faster reloads of higher accuracy with the weapon you specialize in. what does change, however, is the way the story plays out. The basic missions remain the same but each character has their own secret agenda which you have to accomplish in order to gain XP and advance. 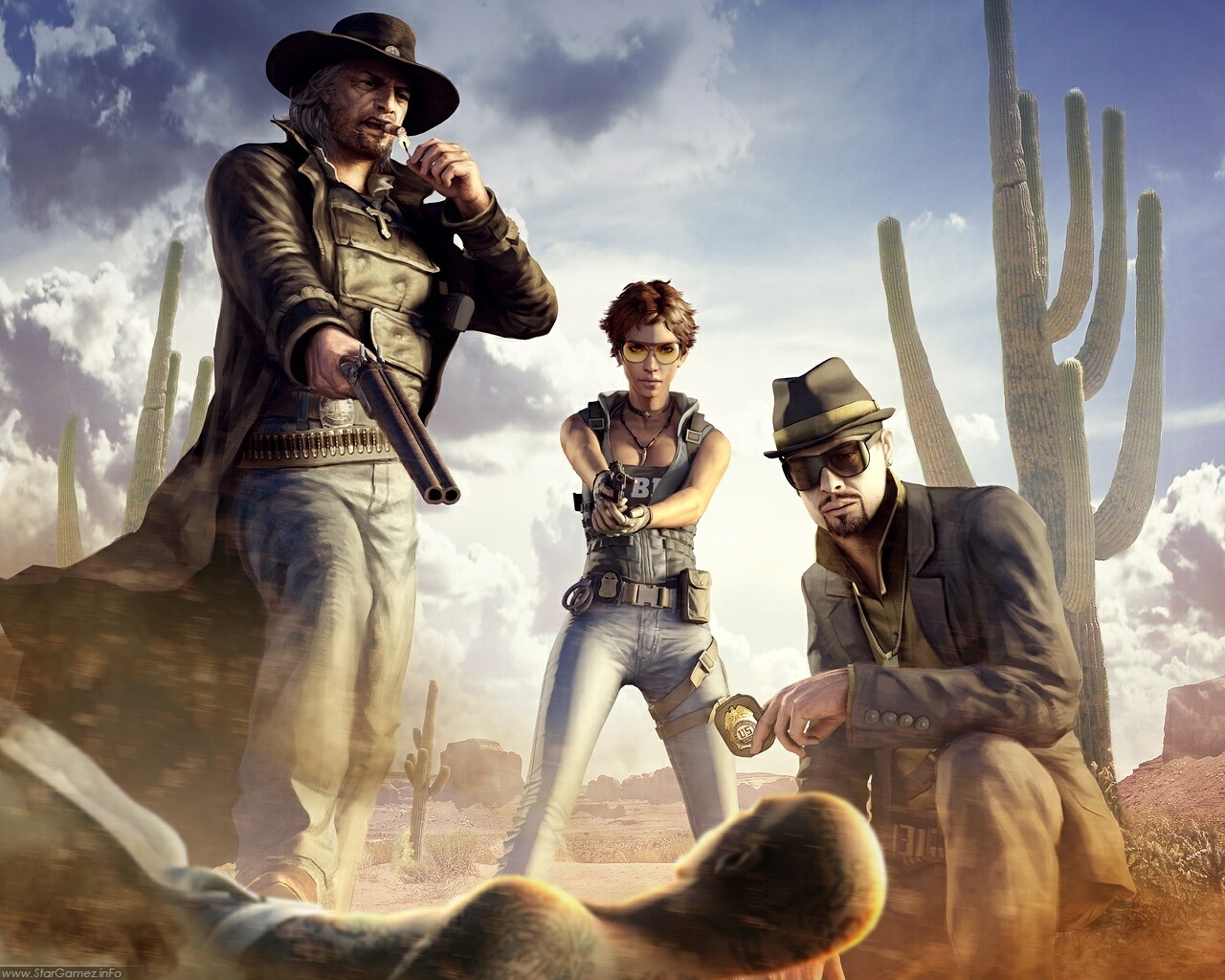 This secret agenda ranges from tiny little side missions to collecting Secret Packages. The catch here is that you’re supposed to complete these missions without your partners noticing you. This is a very interesting feature and really comes into its own during co-op play. Getting spotted while completing an agenda will negate any XP you would normally gain, while the player who spots you gets and XP bonus! The AI doesn’t indulge in any such activities. They are alert to what you are up to however, and will occasionally catch you red handed if you’re not careful. The XP you gain is used to unlock weapons, which are the usual and recognizable fare in most FPS games.

The game is actually quite a frantic shooter with lots of thrilling sequences. It has a much unfinished feel to it though, with lots of graphical and other bugs popping up all over the place, in particular the extended vehicular sequences. The aesthetics are also a bit hit and miss, there are times when the textures are really bad and the color look completely washed out, and there is other one when the environments and settings look breathtaking. Overall though, there are some moments when the game really brings everything together in incredibly fun and engaging fight sequences.

The characters are not very likable, but they’re not meant to be, each one being from a separate law agency with agendas of their own. If you play as only one character you actually stand to miss out on some of the key story points in the game as the story is told from the perspective of the character you play. The characters are extremely chatty and this commentary helps keep you immersed in the game. The challenges, available only in co-op play, serve to heighten this with each character busy commenting on your shooting or the fact that you didn’t leave anyone for them to kill. There are quite a few grating niggles in the game. You mobile phone, the source of the most of your secret agendas, pops up at the most inconvenient to times, sometimes right in the middle of a firefight or a frantic chase sequence.

Physics issues, with vehicles popping out of the sky or taking off into the air, are ever present. AI characters suddenly disappear and then reappear some distance in front of us. The fist-fighting is also cumbersome at best, but thankfully such sequences are few and far between. Call of Juarez: the Cartel is a highly engaging shooter with a clichéd but gripping story that will keep you engaged till the very end. The core game play, despite the much unfinished feel of the game, makes up for the lack of refinement. The multiplayer mode is where the game truly shines and is best played and enjoyed that way.