So finally, the adventures of the Harry Potter come to an end. It feels like yesterday since most of us picked up and read through J.K. Rolling’s Harry Potter books or have watched the movie, not knowing when and how the series would end. But as all good things should come to their conclusion, so does Harry Potter’s adventures, which have become the part of our life. Now move on to game side, EA Games has released the last version of the Harry Potter game series. Game has the same name as the book and movie has – Harry Potter and the Deathly Hallows. Let’s discuss the mythical and magical world of this game one last time and see whether this game match up the real adventure of Harry Potter book or not? 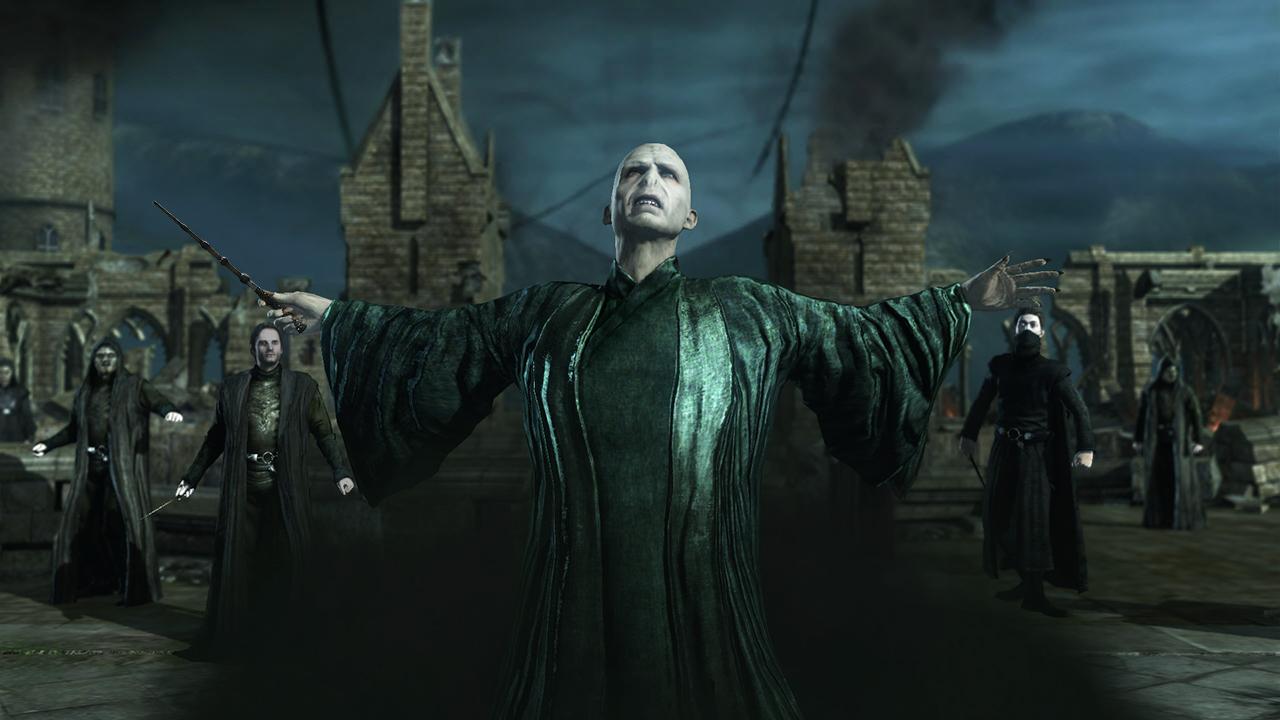 The overall mood in the game, like the movie it resembles so closely, is overwhelmingly dark and contemplative. Although the labyrinthine Gringotts, Chamber of Secrets, Hogsmead village and half destroyed Hogwarts Castel are a visual treat, poor level design fails to exploit their potential – how we would’ve loved a fast paced shooting level sitting inside one of the train carts inside Gringotts’ tunnels, for example. But yes game has good visual landscapes. The soundtrack is also good and it closely marries with the official movie’s sound track, giving you a reference point if you have watched the films. There’s a splash of humor across the game which is good.

If you are seeking a surprise here then this game is not your cup of tea, no surprise at all, the final installment of the Harry Potter video game stays true to the narrative in the books – if you haven’t read them, and we’re not going to spoil your mood. The storyline is quite simple and linear as the arrow is and has very little recreation from the movie. Harry is out to find and destroy the horcruxes and defeat the Voldemort and the Death Eaters he keeps encountering in his quest – ably supported by his two compadres – Hermione Granger and Ron Weasley. Other characters keep moving and out as your game progresses. You can play as any of the three main characters, but the real adventure goes with Harry Potter. EA has played it safe here, trying to stay loyal to the book and script and try and win over the fans. I guess that’s good, but it could’ve been a whole lot better, spectacular even – but no such joy.

Compared to the previous Harry Potter game, Deathly Hallows Part 1 – the latest avatar is much improved. The game’s a lot faster and action packed, to say the least. Its third person covers shooting dynamics works well in terms of story-telling and attacking the bad guys. However, the gameplay lacks depth and is boringly repetitive – cut scenes convey your next task, then Harry, Ron and Hermione enter an area with a lot of cover options – it could be bookcases in the library or carts and fences in the deserted street – which is the sign that Death Eaters are on their way. Once the bad guys arrive, all hell breaks loose. The action is frenetic but the enemy rarely poses a compelling challenge, even boss fights are tame and lack some much needed varieties. On the other hand, we liked the various spells and charms you learn as you progress through the game. Where protégé casts a defensive shield and Expelliarmus knocks wizards’ defenses, Stupefy, Petrificus Totalus, Expulso and Confringo are all used to shoot down enemies – and they’re all different visually. Stupefy for close range attacks while Petrificus Totalus is akin to sniping; Expulso can be summed up as an assault rifle and Confringo is an explosive cannon blast.

The game lets you experience the scripted story mode, and this is mainly the thread you’ll be starting with. There’s an additional challenge mode, but it requires you to play through the story mode to collect rare items and unlock levels. It’s the same thing you would’ve played most of the challenges by the time you finish with the main storyline – simply idiotic attempt to stretch the game length. Try the both modes if you are the big fan of Harry Potter and have lots of leisure time for gaming.

My favorite two levels from the game are the ones where you blow the Hogwarts Bridge and Professor McGonagall’s battle with giants outside the school’s castle – both are very intense, very good fight scenes. But too little, too late as the final chapter in the Harry Potter saga is nothing but a demure end to a ground breaking fantasy novel series that deserved to go out with a lot of firecrackers and fanfare.