Some of the biggest, most hyped PC games of 2011 are out or just around the corner. Apart from death and destruction, as is the focus of the most post apocalyptic game story lines, very few strike a chord with believable reality – an important aspect for immersive, satisfying game play. 1 out of 3 most awaited games of the year 2011 is futuristic or fantasy war games Call of Duty: Modern Warfare puts the player in the shoes of armed forces fighting a futuristic war between US and Russia. 2nd hot favorite pc game of the year is The Elder Scroll 5: SKYRIM – it’s still a before all of us get our hands on the brand new Elder Scrolls game from Bethesda and commentators are already calling it ‘Game of the Year’, SKYRIM is that good. 3rd one names as well known Assassin’s Creed: Revelations – it sucked us all into a carefully recreated Middle Age with an old world charm, stunning imagery and gripping storyline.

So what do you thing the future has in store for humanity? Do you think human augmentation will boom – will big corporations fight among themselves to control human destiny, say, in the next twenty years? Will cyborgs rule the world by the end of this century? Scary thought, yes; but at least it makes for an exciting game storyline. 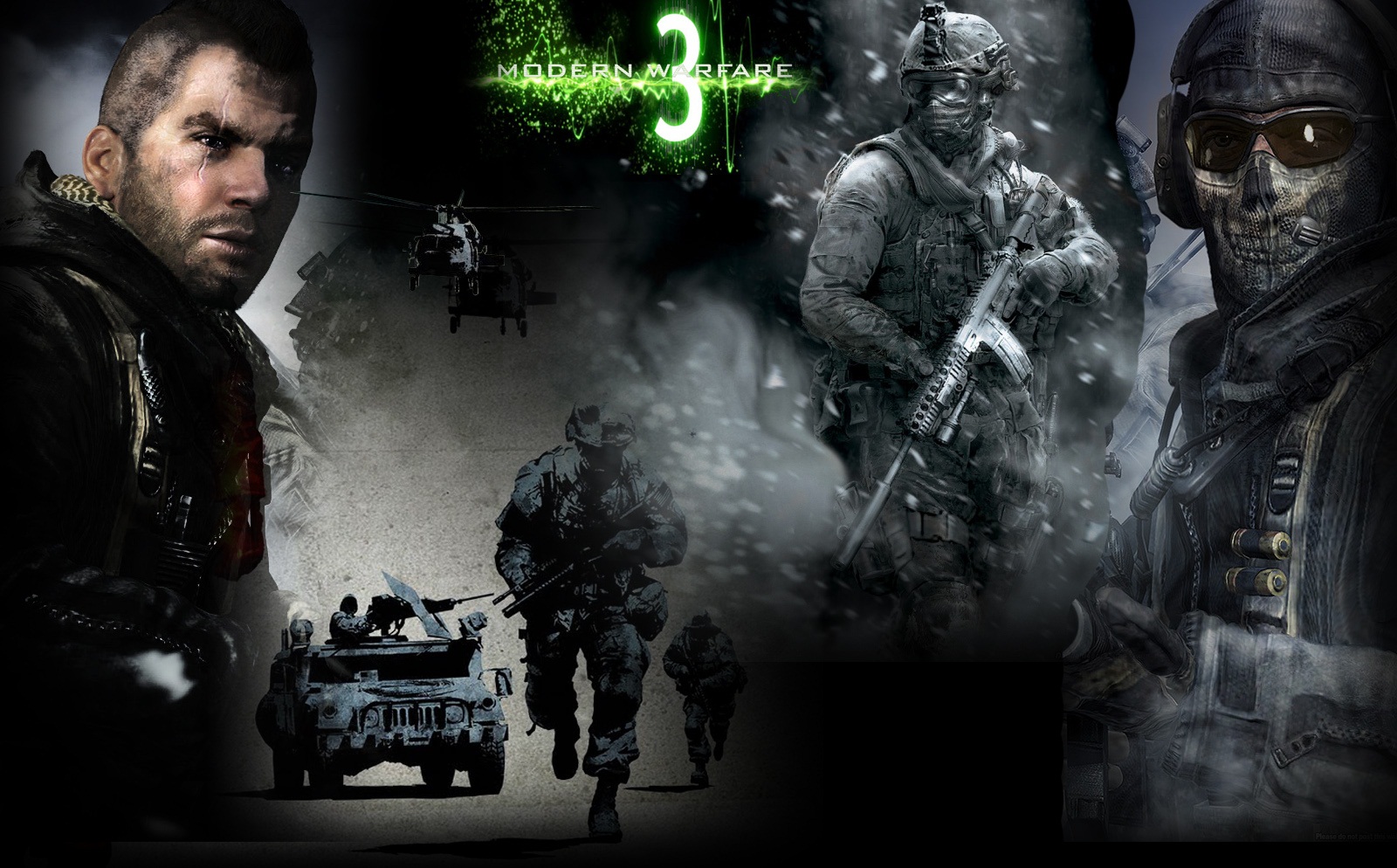 Earlier this May, four trailers appeared on Call of Duty’s YouTube page titled America, England, France, and Germany. They teased and tormented legions of FPS gamers by laying the first real marker of the upcoming Call of Duty: Modern Warfare 3 game, which promises to be exciting – to say the least.

Plot – talking about story, of course, Modern Warfare 3 will be the next chapter in the modern warfare series – duh! Life within the confines of this world picks up from where it left off at the end of Modern Warfare 2, where the Russian Federation continues its invasion of United States and just for added measure is expanding its offensive on to Europe – world domination rocks. The single player section remain unchanged with little bit launch time surprises. As far as characters go, Wallcroft (from Call of Duty 4) will return to the franchise, as will Caption MacTavish, Caption John Price and the secretive Russian informant, Nikolai. There are, of course, several new characters to play with too, including a bunch of Delta Force operatives. In multiplayer section, another interesting addition is the ability to apply upgrades and unlock the full potential of your weapon of choice, just like you would to your in-game character. Weapon upgrades can be insanely useful and they range from reducing a gun’s recoil, steady hands for better sniping, and longer range to shoot at enemies from afar. You can also gain additional attachments slots to your gun as you go up the upgrade ladder.

The biggest First Person Shooter game in the universe is set for release in November, 2011 and there’s more than just the game hopping on the bandwagon – there’s an exclusive limited edition Xbox 360with the game theme. I can only hope you’re more than ready to take aim and pull the trigger as we all ride the juggernaut that is Call of Duty: Modern Warfare 3. Release date is expected – November 8, 2011. 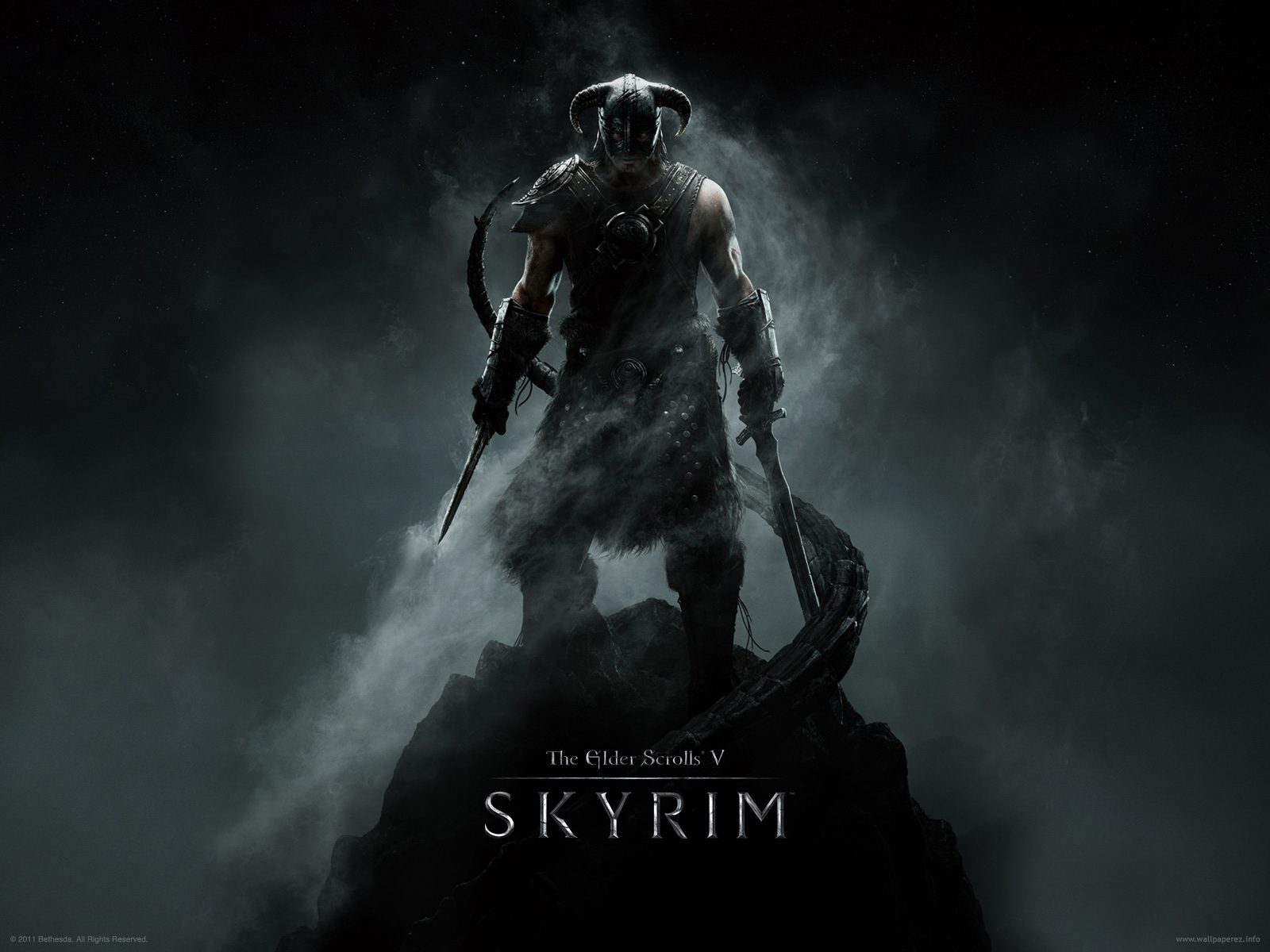 The good guys over at Bethesda have worked on Fallout 3 in 2008m and before that were the release of Oblivion – the previous Elder Scrolls game – back in 2006. Let’s take a look at probably the most awaited game of the year 2011.

Plot – in terms of storyline, yes the events in SKYRIM are set in Oblivion’s future, but it is not exactly a sequel. The events occurring in SKYRIM are set in a distant future about two centuries after Oblivion’s end. The open world you play in is around 41 square kilometers in area – there are mountains, dragons, wilderness, cities and small townships. Within that space you have over 150 dungeons to scour and explore and over 300 books or lore to read and know more about SKYRIM.

One of the things we’re looking forward in SKYRIM is the ability to create your very own item from scratch. For e.g., you can collect a killed animal’s hide to make leather, make a pair of shoes for yourself from a cobbler. Just like crafting alchemy plays an equally important role in SKYRIM – every plant and fruit serves a purpose, either for potion making or cooking. You can kill a wolf and taste some of those prime ribs over a slow fire or mix and match ingredients to make your very own recipes.

According to the game’s myth, Alduin, the Nordic god of destruction, plans to wreak havoc in SKYRIM in the form of a giant dragon, and he has a bunch of bad-ass black dragon friends to help him in his evil designs. But generally, the dragons in SKYRIM are a more sophisticated race than any seen previously and as a dragon hunter, you have your work seriously cut out. November 11. 2011 can’t come sooner enough for all fantasy RPG fans, as we can’t wait to lose ourselves in Elder Scrolls latest fantasy epic. 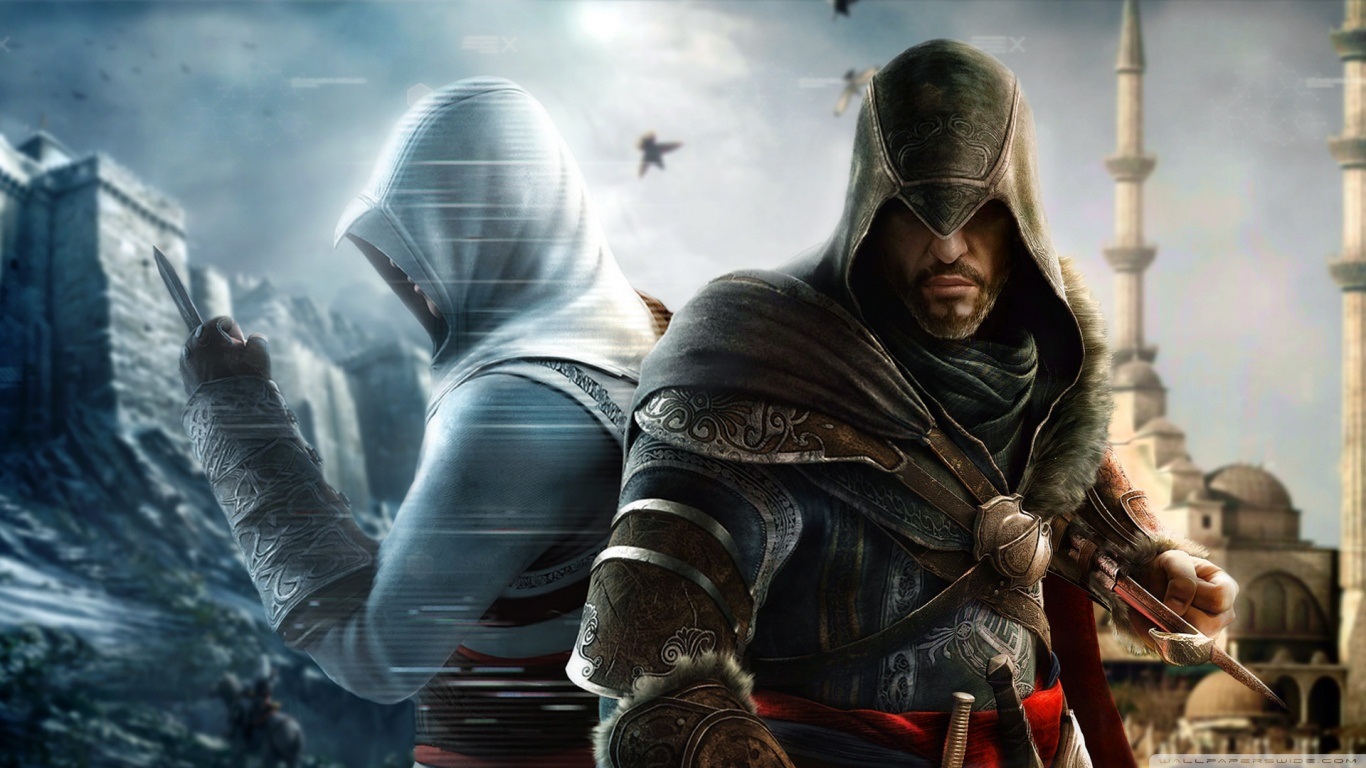 Who could think playing an assassin from the medieval ages would catch the gaming world’s fancy? Thankfully you don’t have to wait long to get your hands on the next installment of Assassin’s Creed, names – appropriately – Revelations. It ups the ante, alright – and how. Brotherhood received some stick from gamers all over for its lack of character development, but that’s set to change with Revelations. Ubisoft has revealed that Assassin’s Creed: Revelations will feature all three major characters from past games for the very first time – that means Desmond, Altair and Ezio, all of them sharing the spotlight.

Plot – from what we know, Ezio still remains the main protagonist. The shadows have lengthened and the years are showing on Ezio’s face – he’s much older now, grey bearded and less supple when he reprises his role of an assassin in Revelations. There’s a change of scenery as Ezio departs from Italy to the Ottoman Empire, visiting Constantinople and Syria – originally featured in the first Assassin’s Creed game. The reason behind this is slightly convoluted – Ezio is seeking Altair’s relics, which will allow him to go back in time and relive Altair’s memories. So you’re Desmond within Ezio’s memories and Ezio is playing within Altair’s memories. Wait a minute; doesn’t that sound a whole lot like Inception? Ezio is seeking a powerful weapon hidden in Altair’s stronghold that can potentially end the war between the Templar and Assassins.

Just like pigeon coops in Brotherhood, the Assassin Order has places several bomb making stations throughout the land. When you access these stations, you can tap into a whole horde of inventory to create specialized explosives – with a medieval touch – in three categories: to kill someone, gain tactical advantage or distract enemy sentries. All these new features potentially take the Assassin’s Creed game play to unforeseen heights. For instance, Ezio can sense a patrolling sentry from a nearby rooftop through his eagle vision and visit the nearest bomb making station to devise a bomb specific to the pay of the land and execute his plans accordingly.

While we eagerly wait for the game, let’s not forget that this is after all the end of Ezio, yes you read that right, according to Ubisoft, his character ends with Revelations, unfortunate as that is. How Ubisoft takes the Assassin’s Creed storyline forward is anybody’s guess, and an answer well worth waiting for. Launch is expected on November 15, 2011.

Top 5 Discard Tips to Win Your Next Rummy Game